Archive for the tag “Mulian Rescues His Mother”

Daily Ghost Post – Y is for You Hun Ye Gui 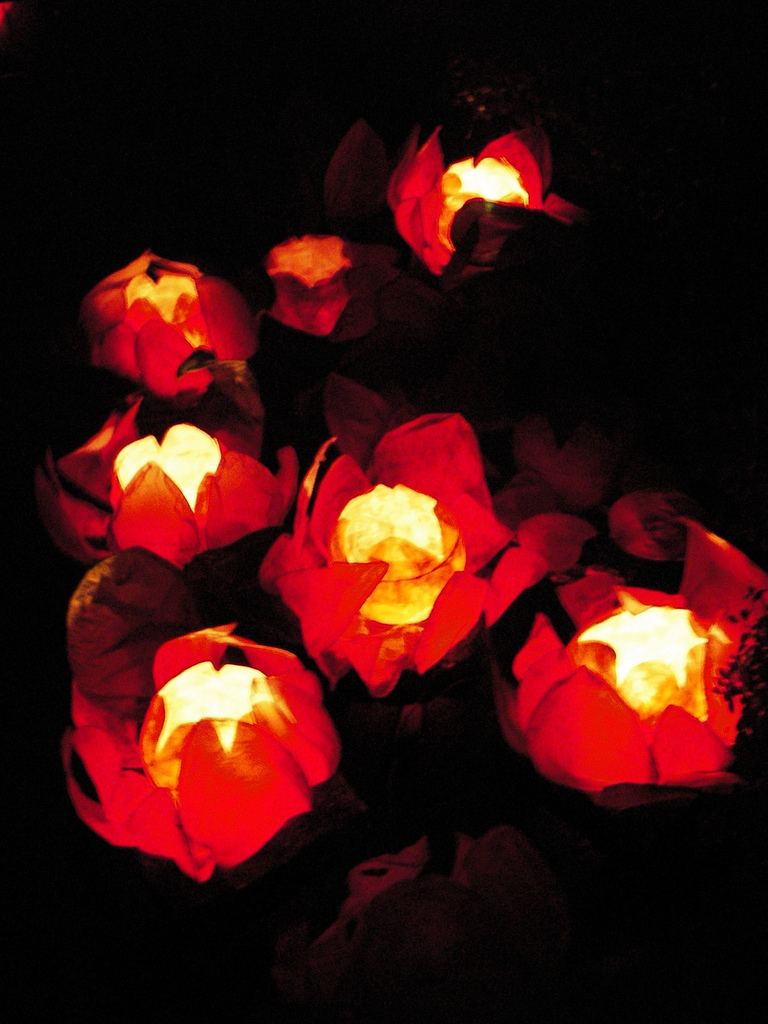 There once was a widow whose son, Mulian, became a Buddhist monk. But his commitment to his faith kept him from her. Over time, she grew so angry and resentful that whenever monks asked for food or alms, she refused.

When she died, she was sent to the deepest Buddhist hell because of her stinginess. Not only was she tortured with difficult work, but her neck was narrow as a needle, making it impossible to swallow food.

She was a hungry ghost.

Mulian wondered how his mother was faring after death, so he journeyed into the underworld. After facing many trials and demons, he found the ghost of his hungry mother. She was desperate to eat, but when he offered her food, it burst into flames.

After seeking advice from the Buddha, Mulian asked 10 monks to pray and fast for his mother. Ironically, through the efforts of her son and other monks whom she spurned in life, Mulian’s mother was released from her torments and allowed, at last, to eat.

HUNGRY GHOST FESTIVAL AND THE YOU HUN YE GUI
From that time on, a Buddhist festival has been held throughout eastern Asia. On the 15th day of the seventh month of the lunar calendar, hungry ghosts are freed from Buddhist hell and fed. During the festival, How Mulian Rescued His Mother is retold in families and other venues. People leave food offerings to feed the hungry ghosts and the ghost of their ancestors. Incense is burned, monks conduct rituals, and performers provide entertainment for everyone, including the ghosts. At many events, the front row of red chairs is reserved just for the ghosts. At the end of the festival, red lotus lanterns are placed in water. When the lantern flames die out, the spirits are back home.

There are many ghosts in the Chinese folklore. For example, ghosts who seek revenge for the nasty deeds they suffered in life are the Yuah Gui. Shui Gui are ghosts who died by drowning. In death, the Shui Gui seek a fresh, living body to take over.

And then there are the You Hun Ye Gui.

Many cultures have festivals of the dead, like the Hungry Ghost Festival, Halloween, and Day of the Dead. What are some of your fond memories of these or other “dead fests” in your neck of the woods? Do you know of other festivals like this? Do tell….!!!